Al-Masjid an-Nabawī (English: The Prophet Mohammed’s Mosque) is a mosque established and originally built by the Islamic prophet Muhammad, situated in the city of Medina in the Hejaz region of Saudi Arabia. It is now one of the largest mosques in the world and the second-holiest site in Islam, after the Great Mosque in Mecca. We faced several challenges in this very prestigious project. There is no structure to install mounting material, therefore we had to erect transversal supporting wires to hook our wires. Each of the evaporative coolers generates a large amount of air flow; hence each of them was connected with 3 branches of fabric diffusers in order to reduce the duct diameters.  We used almost 3.5 km of Prihoda fabric diffusers in order to provide air conditioning for the total area of 58,250 m2. 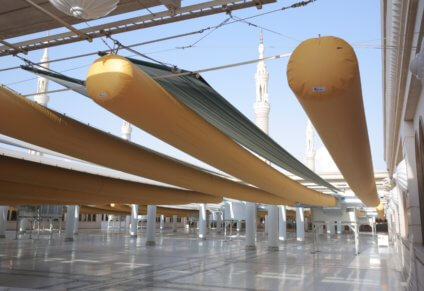 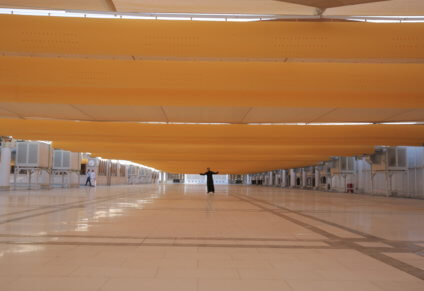 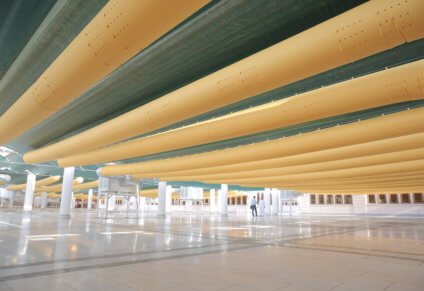 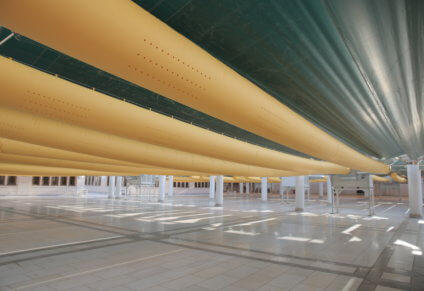 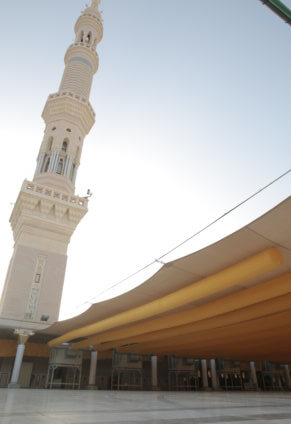 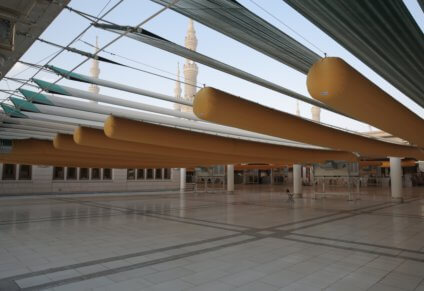